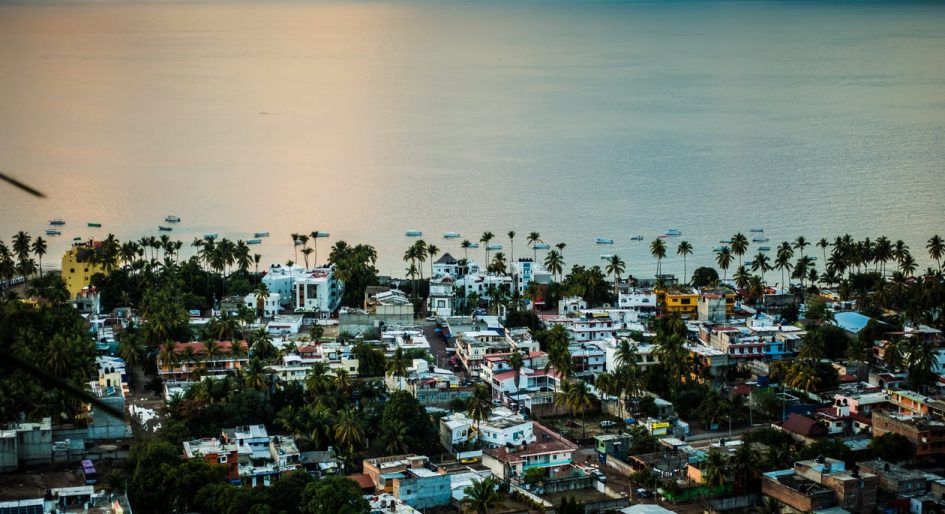 Architecture and building technologies are constantly developing and modern cities have a lot of stunning houses, constructions and even blocks that catch our imagination. It is comfortable to live in well-planned, up-to-date cities, since there are lot things to be considered: traffic, destinations, zoning, etc. However, if you are tired of the rush, which comes along with the modern urban locality, there are places with quite opposite atmosphere and pace of life. It is always a fascinating experience to visit such places and to feel the energy and mystery of ancient dwellings.

Piodao is a medieval town, which distinguishes by its architecture from the rest of the country. This unique combination of the gorgeous architecture and mountainous landscape attracts a lot of tourists every year. It is unforgettable and exiting experience to witness the human history in the architectural masterpieces. Visiting this place brings inspiration, excitement and true emotions.

The history of this town dates back to Etruscans, who have established this settlement 2 500 years ago. This place attracts by its architecture, stunning views and unusual location – it is situated on the volcanic plateau above the Tiber river valley. Unfortunately, the town is under the threat of destroying due to natural processes. Consider visiting this original and astonishing place, which for sure can impress you greatly. If you have a desire to see something really special, this town is quite suitable option. All ancient towns can be proud of their architecture, but this one has a unique offer for its visitors. Houses in Alberobello have cone-shaped roofs, which uncover the historical background and purpose. To avoid taxes payments, people built hunts with the conical roofs, so that the dwelling will be convenient for dismantling. In such case the settlement did not obtain the status of the town and was free from taxes. The town is an original place, which deserves your attention.

Songzanlin is the Tibenatan Buddist monastery. It is situated near the city of Zhongdian and forms the entire town itself. Being built in 1679, the monastery attracts numerous visitors by its architecture, design, frescoes and atmosphere. Also Songzanlin is the place, where a lot of different events take place. There is the dancing performance held by monks in the masks on the 29th of November, “Horce Racing Festival” in June and “Minority Festival in September.

Trakai is the historical attraction and resort. It is situated near the capital of the country Vilnius and is very convenient touristic destination. The island is attractive for the visitors due the Gothic Palace, which was built in the XIV century. Everyone interested can take part in the Knight Competition, which is held there.

Bergamo is situated in the north of the country not far from Milan. The town has rich historical background, which dates back to Celts. Besides ancient history and awesome buildings the town attracts visitors by its nature. The town is located on the hill and the Alps begin right of the town. Do not miss an opportunity to view picturesque landscapes of this location.

Ronda is the mountain town that is located 750m above the sea level in the province of Málaga. The town is divided into two parts by the Guadalevín River. Within centuries the water formed the canyon “El Tajo” with the depth of 100 meters. This city attracts not only contemporary people. Thus, Ernest Hemingway and Orson Welles owned the residences and spent their summer in the town. Jodhpur is one of the largest and densely populated cities in Rajasthan. The city is beloved place for thousands of tourists due to its numerous temples, castles and forts. The city is called “Sun City”, since the weather is mostly bright and sunny during the whole year. Due to the color of the house facades in the old part of the city, the city is also known as a “Blue City”. There are a lot of things to discover for tourists in this location: national dishes, spice markets, fabrics, etc.

Marburg is a university town, which is famous not only by its university complexes. Its numerous churches and cathedrals are gorgeous masterpieces of Gothic and Renaissance architecture. Walking through the narrow streets, fascinating buildings, original atmosphere – here even the most demanding tourists receive great impressions.

Fenghuang (Phoenix Ancient Town) is regarded as one of the most beautiful towns in China. It is situated near the Tiamen Mountain and fascinates by its nature, customs and culture. This town combines a lot of contradictory things: elegance, mystery and simplicity. The name of the city originates from the ancient legend about two phoenixes, which have found this town and could not leave it, being thrilled by its beauty.